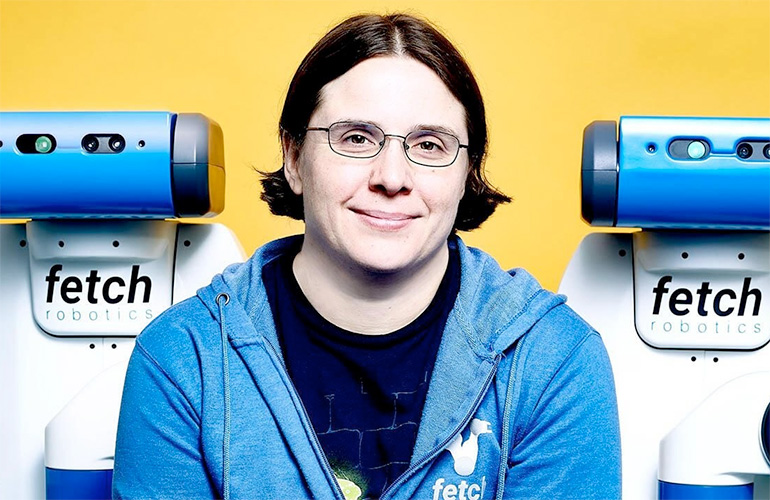 Tailos today announced Melonee Wise, founder of Fetch Robotics, has been elected to Tailos’ board of directors. Wise will bring decades of experience in industry-leading robotics development and building innovative companies, including a long track record of leading innovative and diverse cross-functional teams.

During Wise’s tenure as CEO, Fetch Robotics became a prominent player in the robotics warehouse and logistics industry, and is one of the foremost innovators and contributors in research and development for emerging robotics technologies. In 2021, Fetch Robotics was acquired by Zebra Technologies in a deal of $305 million. Fetch is a contributor to ROS (Robot Operating System), which is a foundational platform for robotics development used by a majority of robotics developers.

“Melonee is a visionary and titan in robotics, and her passion for building robotics companies and supporting fellow roboticists on their journeys is unparalleled,” said Micah Green, Tailos’ CEO. “She’s been an inspiration for me and many on my team; we’re excited to welcome her to Tailos’ board of directors. I know that her leadership and expertise will help elevate the company to the next level.”

“I’m excited to join the Tailos board and work closely with Micah as Tailos grows and executes his vision for commercial robotics,” said Melonee Wise. “Micah and the Tailos team have built a good technology foundation for getting to the next level and scaling rapidly.”

Wise began her career at Willow Garage in 2007 as a Senior Engineer, accumulating a broad range of experience in robotics development and leadership before starting Fetch Robotics in 2014. Wise has made innovation and technology key priorities, with major success fundraising and scaling revenues and operations for Fetch Robotics.

An experienced leader in robotics and business, Wise is now the VP of Robotics Automation at Zebra Technologies, an innovator that builds and delivers edge technologies that enable businesses to intelligently connect assets, data and people. She has various publications in industry journals and has been granted 18 patents in her career. She has also been officially recognized by the top organizations in the industry for her achievements. Wise recently received the Engelberger Award, which is widely regarded as the most prestigious award in the robotics industry.