Company Six has announced the launch of the new ReadySight throwable robot. ReadySight is a one pound, throwable personal situational awareness robot that sends information directly to those that need it most, when they need it to promote the safety of everyone on the scene. Smart enough to solve any problem, rugged enough to see the job through.

In May 2020, Company Six announced that it was spinning the company out of the popular kids STEM robotics product company SPHERO. Since May, CompanySix has been busy engineering and productizing their unique throwable robot. At its heart, the ReadySight robot uses technology similar to the popular SPHERO BOLT STEM robot. Although the BOLT robot was designed to survive the perils of abuse by elementary school kids, the ReadySight robot needs to operate in harsher environments and be able to save the lives of both first responders and victims. This robot is designed to “boldly go where no robot has gone before”, and return safely to its operator.

The ReadySight product concept is to deliver a portable device that weighs less than 1 pound and can be easily carried and deployed by any type of first responder or search-and-rescue crew member. The device uses either a local WIFI signal or an LTE cellular signal to connect it to the cellphone of the first responder. The robot then enables the first responder to teleoperate the little robot as it rolls around into places that a human may not be able to go.

The ReadySight robot delivers live video to the remote operator, using a cellular connection and an app on a cell phone (image courtesy of CompanySix)

For police, the use case might include tactical information about a suspect who has barricaded themselves in a house or some other situation. The ReadySight enables the officer to better plan a response and to provide better situation analysis.

For search-and-rescue teams, the use case might include searching in collapsed buildings and getting eyes into areas that are unreachable. The robot includes live video feed, including sound and a remote speaker so that searchers can immediately communicate with anyone they may find.

All the operator needs is a cell-phone with the app installed. Multiple users can connect to the robot feed at a time, enabling the command team as well as ​other tactical units to assess the situation in real-time. 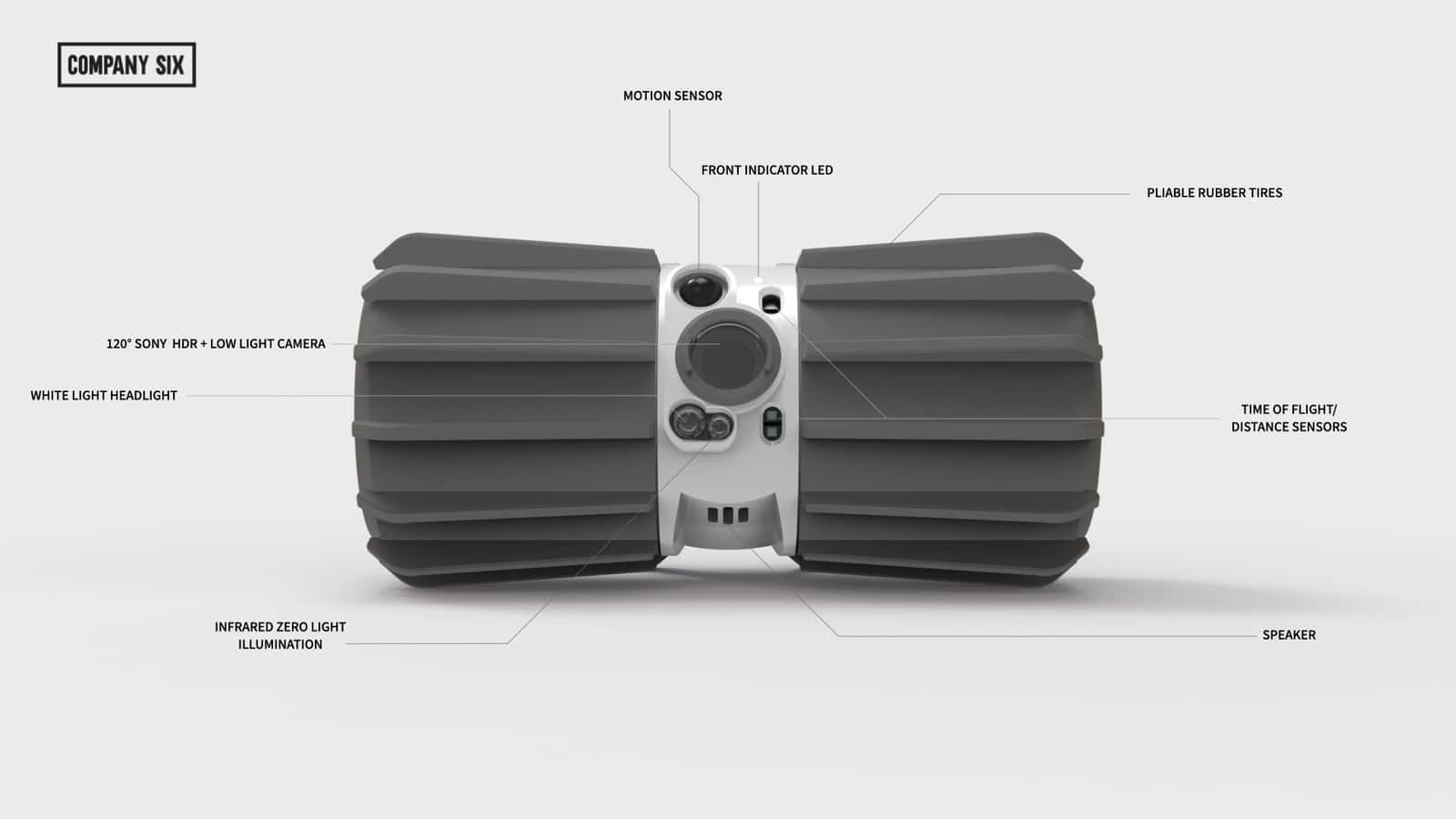 Anatomy of the ReadySight robot (image courtesy of Company Six)

The device includes a variety of features:

At the time of publication, the ReadySight robot is being offered in a unique Robots-as-a-Service (RaaS) business model. This subscription pricing allows the use of the robot to fit nicely into the operating budget of local police and search-and-rescue teams. We applaud the creative use of RaaS to get this critical life-saving device into the hands of the folks who need it.

You can purchase the ReadySight robot at a “LTE standby price” of $9/month. So, if you are​ a search-and-rescue team, you could purchase a set of these robots for $9/month (plus $399 setup fee). ​You can use the robots in WiFi mode all you want, but as soon as you want to use LTE, simply pay an additional $10/day for an LTE connection as you use it.

For teams that have more frequent operations (police/fire), there are two other plans from $99/mo to $149/mo. The top tier includes a “lost in duty” warranty, but we don’t think that this feature necessarily makes sense for RaaS operations. Regardless of the tier that you choose to operate at, with a RaaS contract, you don’t own the robot, so we think that Company Six should warranty the repair and upgrade of their entire fleet of deployed devices in the field, at every price level. Certainly some devices are going to be lost in places that are irretrievable, but then that’s what insurance is for.

This is an exciting new ​application for small form-factor mobile robots. Company Six has a rich history of experience with STEM robots to ​draw from. Now, ​this market for commercial, small form factor robots is emerging, and we fully believe that Company Six is just one of the first companies to launch solutions that support our men and woment in blue, while making their ​jobs safer.

The product is in beta testing with a full commercial launch expected in Fall 2021.